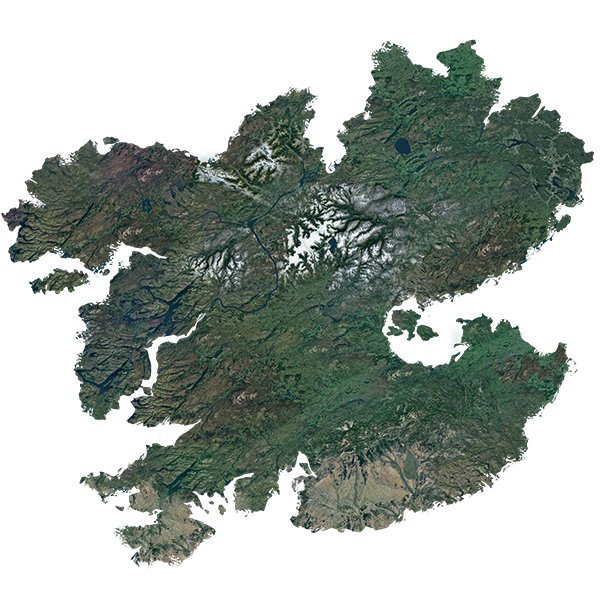 The Isle of Dern is made up from various regions, bring colour and variation to our game world of epic proportions. Explore and master each region, discover their secrets, inhabitants and opportunities, experiencing all outcomes.

Standing proud in the center of the Isle, the Tower marks The Capital's oppressive reign and dominion, but also its function of fundamental safety, progression and expression. Surrounded by a far reaching estuary and built on solid bedrock. The Capital is known to be the only official embassy on the Isle of Dern and can be seen from the furthest reaches of the island. Responsible for the governing and the operation of the Proving Grounds, The Capital relies on technological advantages to keep of mortal warring factions that wage against its service to the games.

The LSF strategise from their secure bunker deep in the heart of the highlands. Whether perched on mountainous peaks, sprawled under a great boulder or in amongst the gorse and heather, the LSF are there, watching and waiting for the opportunity to strike on those that get in the way of their mission to eliminate The Capital forces.

Housing some of the best technical minds, the ITR take advantage of an abandoned hydro dam. Out of sight and out of mind, under a dusty veil the ITR extract what little electricity they can from the water supply to fuel their technological assault to bring down The Capital regime.

Killing, stealing, extorting and indoctrinating all that they can. The Circle of Lazarus live and die for the cause of ascension. Hunting technological hardware, the COL praise their technological relics as they hack and augment their bodies to become ever stronger, with the ambition to convert and dominate all.

Hiding in plain sight, The Syndicate hideout in a great mansion, manipulating and plotting their escapades in great luxury and security, as they profiteer from the islands inhabitants.